Freshman Friday and Sophomore Spotlight is a Q-and-A feature written by Brandon Thomas, Assistant Director of Athletic Communications, with new members of the men’s hockey team. Click on the player’s photo or name to read more on the Cornell Athletics website. 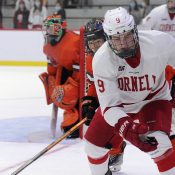 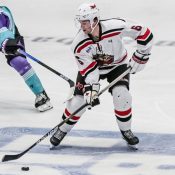 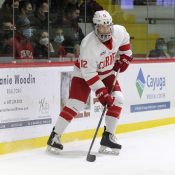 November 12, 2021 … #12 Tim Rego … Defenseman from Mansfield, Massachusetts, Tim delivered a stellar 2019-20 season with the Brooks Bandits in the Alberta Junior Hockey League, ranking second among the circuit’s blueliners with 61 points on 24 goals and 37 assists over 54 games. He was named to the AJHL South All-Rookie Team and the division’s All-Star Team while also taking home team awards for rookie of the year and most outstanding defenseman. 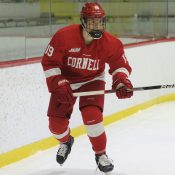 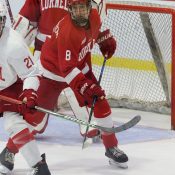 October 22, 2021 … #8 Jack Lagerstrom … Defenseman from Edina, Minnesota. Jack ranked in the top five scoring defensemen in the BCHL during the 2018-19 season with 22 points in 57 games playing for the division winning Penticton Vees. An alum of the Shattuck-St. Mary’s hockey program, he led the team’s blueliners in scoring during his final two seasons. 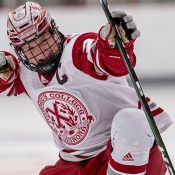 October 15 … #18 Justin Ertel … Left winger from Kitchener, ON, Canada. Selected by the Dallas Stars in the third round with the 79th pick of the 2021 NHL Entry Draft. Racked up 120 points on 51 goals and 69 assists in 68 games at St. Andrew’s College after coming up through the Mississauga Senators and Toronto Red Wings AAA programs. Also competed regularly in lacrosse, serving as captain of Team Ontario squad that captured three national championships. 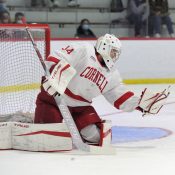 October 8th … #34 – Joe Howe … goaltender from Shanty Bay, ON, Canada. Posted a 7-3 record with a 2.27 goals against average, .921 save percentage and one shutout in 10 games with the AJHL’s Grande Prairie Storm at the end of the 2020-21 season. Loaned to Grande Prairie after a successful rookie campaign in the BCHL, backstopping the Victoria Grizzlies for 26 games during the 2019-20 season before being shifted to the Coquitlam Express. Posted a 2.74 goals average in five games with the Express down the stretch. A two-year stalwart at Upper Canada College capturing team MVP honors during graduate year in 2019.