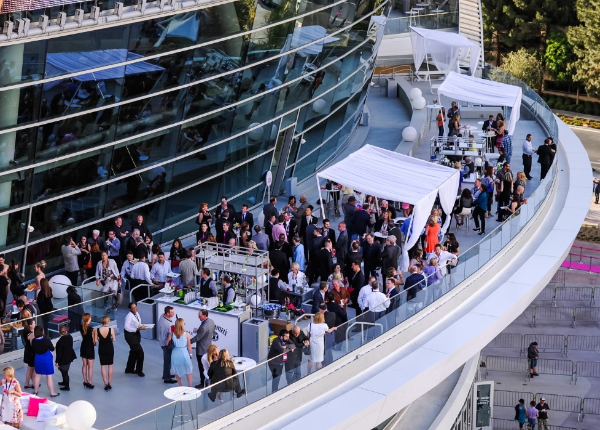 Cornell University Regional Programs and the Cornell Hockey Association invite you to start the New Year off with Cornell Men’s Ice Hockey in Nevada! Join alumni, parents, and friends from all around the world, to cheer on the Cornell University Men’s Hockey team as they take on Ohio State in the second game of the Fortress Invitational Tournament.

We will gather on the Terrace at T-Mobile arena for a fun pre-game reception with delicious food and beverages and special guest Mike Schafer ’86, the Jay R. Bloom ‘77 Head Coach of Men’s Hockey. Coach Schafer will address the audience and answer a question or two before heading back to the locker room. The Cornell University All Alumni Pep Band will also swing through to really make you feel like you are in Lynah Rink, cheering on the Big Red!

General Attendees: $50 per person
Young Alumni (Classes 2010-2019): $40 per person (pricing courtesy of the Cornell Hockey Association)
Children 12 and under: $30 per person
Your registration fee includes unlimited popcorn, all beef hot dogs: with traditional condiments, nachos, and mac & cheese; along with a selection of beer, wine and soft drinks.
Hockey game ticket not included.

When Mike Schafer returned to his Alma Mater as the 12th head coach in Cornell men’s hockey history in the summer of 1995, his goal was to return the Big Red program to a position of national prominence. Having now completed 24 seasons behind the Cornell bench entering the 2019-2020 season, his 25th, he has clearly accomplished that objective by guiding the Big Red to the NCAA tournament 12 times, including a berth in the NCAA Frozen Four in 2002-03, the program’s first since 1980.

Schafer is Cornell Hockey’s second-longest tenured coach, while his 467-259-95 record has him as the winningest coach in Cornell men’s hockey history. He picked up his 231st career victory on Jan. 27, 2007, a 2-1 victory against Colgate at Lynah Rink, to become the program’s all-time wins leader. Schafer reached the 400-win milestone in 2017, a mark previously reached by only 43 coaches in all of college hockey.