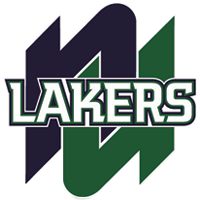 The Nipissing Lakers men’s hockey team and head coach Mike McParland has been busy this off-season, restocking the cupboards after a number of graduating student-athletes moved on at the end of the 2018-19 season.

With a total of eight new faces joining the program, the Lakers have assembled an impressive recruiting class, adding strong newcomers at each position on the ice.

While the roots of Nipissing University (North Bay, ON) extend back to the 1900’s with the North Bay Normal School, Nipissing University College was formed in 1967 as an affiliate of Laurentian University. Nipissing University received its charter as an independent University in 1992. Today, Nipissing is proud to be a primarily undergraduate university with a reputation for excellence in teacher education, arts, science and professional programs. Students will find themselves in a high quality academic environment that is student-focused and based on personal teaching practices, innovative approaches to learning, and a growing research culture. Nipissing is committed to playing a positive role in the educational, social, cultural and economic life in all of the communities it serves.​